"With the growth of education, private activity and wealth will increase, but with the development of wealth, the development of culture will increase, and both this marvelous Rome and its third greatness will be together; greatness desired by the unanimous votes of our entire nation, that since the first days of its resurrection, still uncertain the fate of Italy, with prophetic faith acclaimed capital ", with these words Brioschi retraces the Risorgimento dream and the idea of Sella di Rome is not only political capital but also and above all moral, civil and cultural in a united Italy. But to the mosaic designed by Sella, Brioschi adds a new element to the development of the school of all levels, necessary not only for the development of a good ruling class but also for the growth of all walks of life, even the lowest. 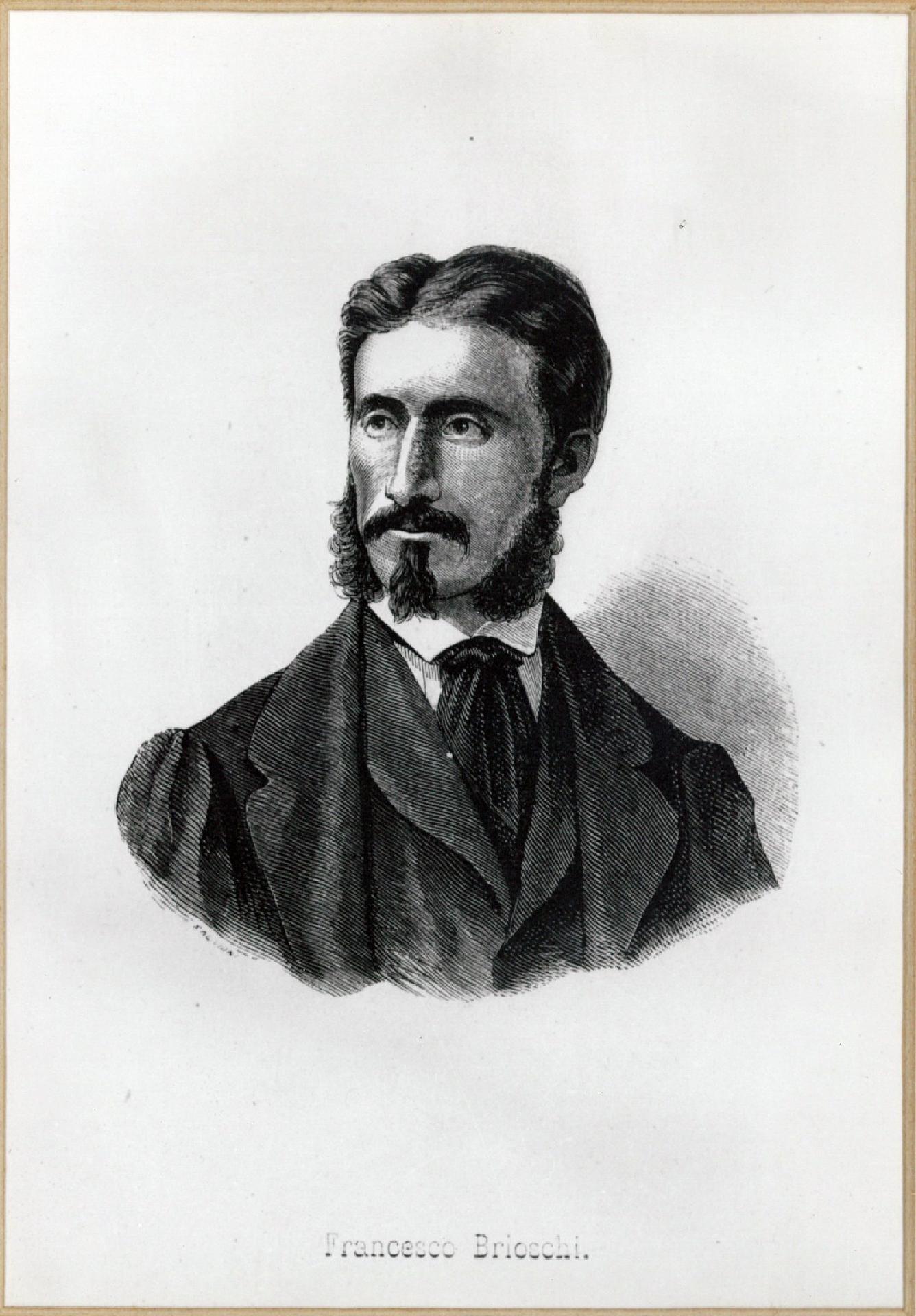 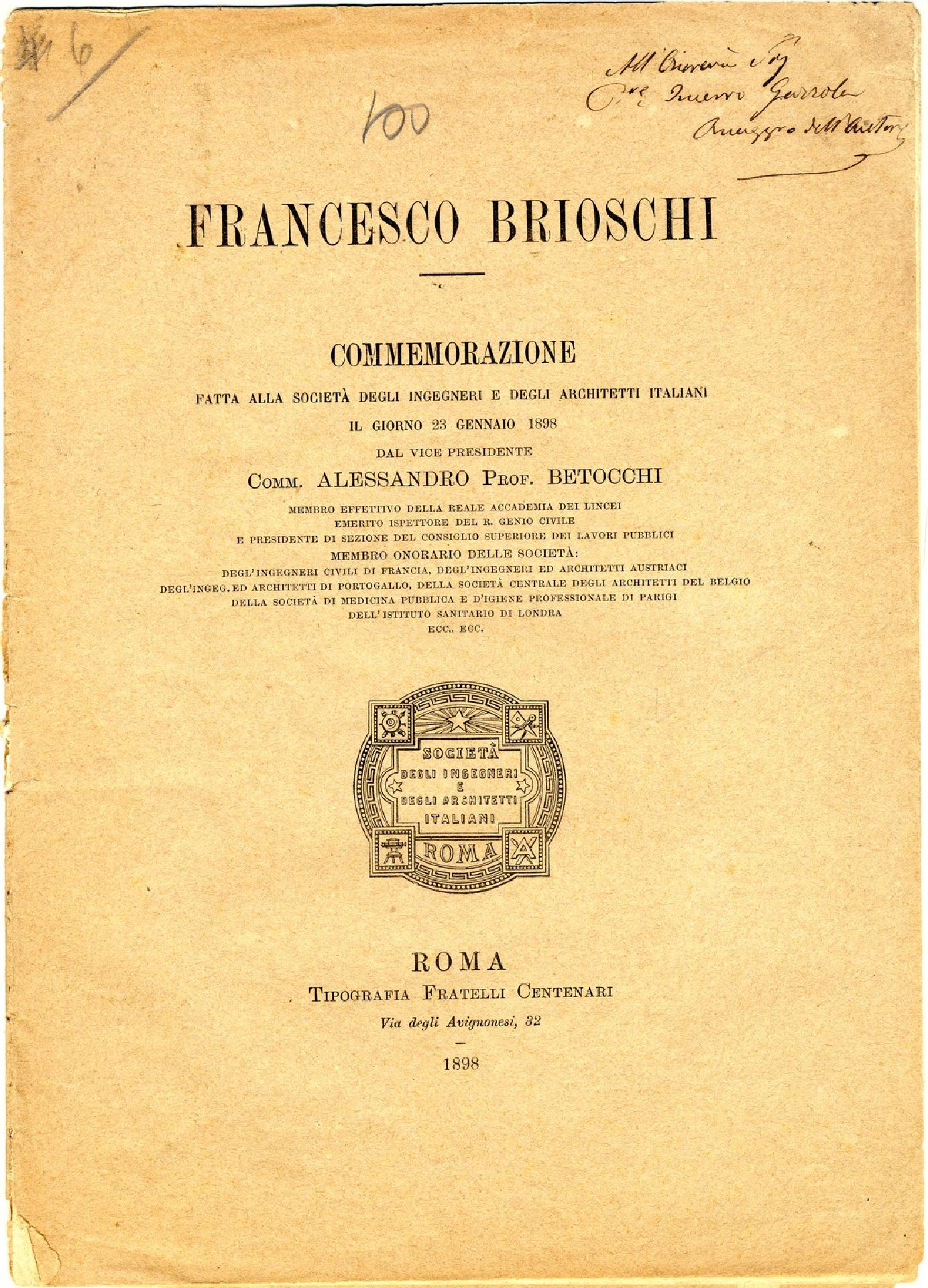 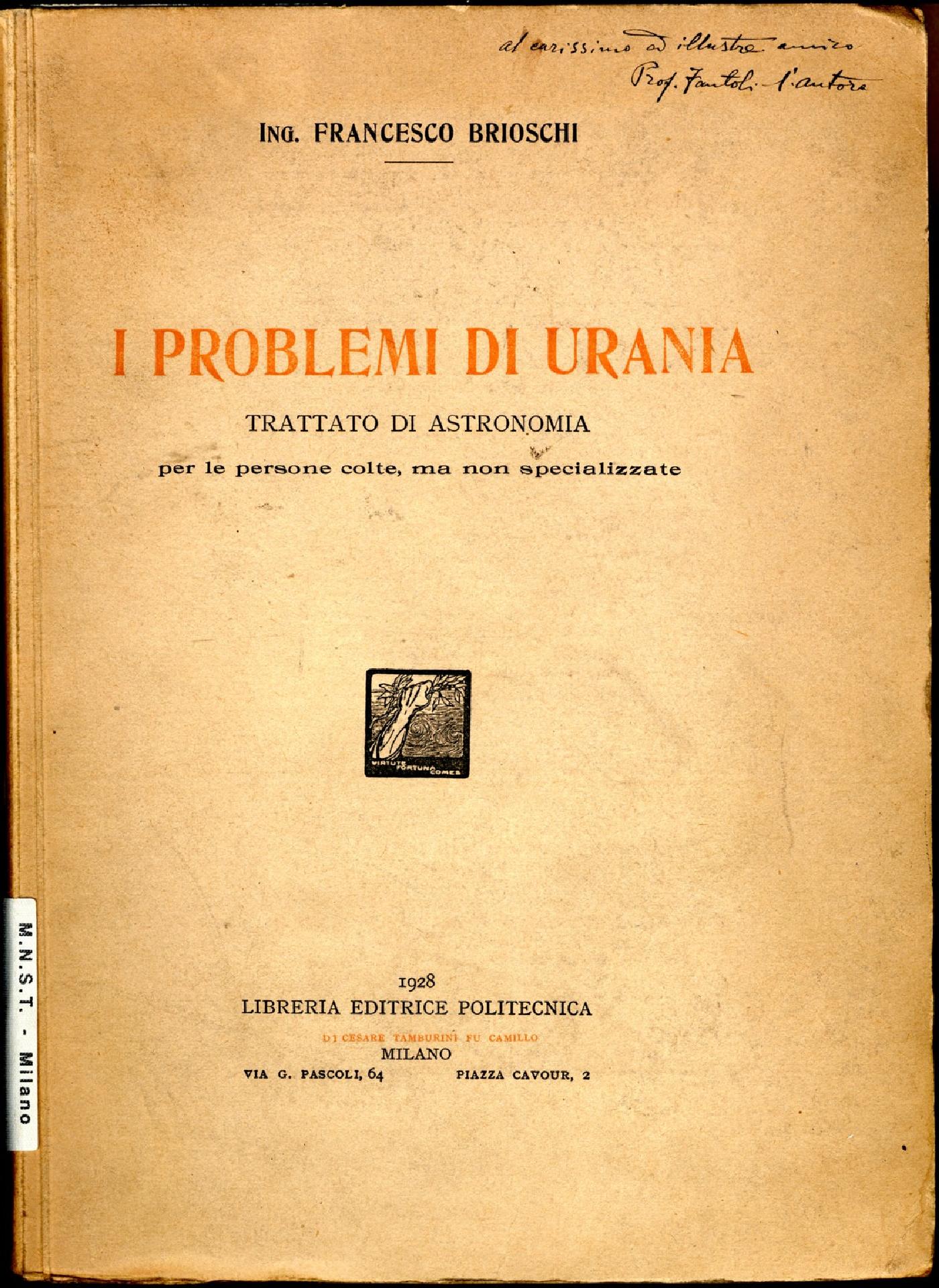 Born in Milan on December 22nd 1824 from a family of engineers, Francesco Brioschi attended the University of Pavia, graduating in engineering in 1845. He devoted himself to research, performing numerous studies of application in the field of physics, mechanics and hydraulics. Together with the student groups Brioschi is interested in the cultural innovations that are currently circulating in Europe, above all the positive Cours de philosophie by Auguste Comte, which will also be able to mention during one of his speeches held as president of the Accademia dei Lincei.

Just the ideals of Comte, based on the idea of scientific progress as a model to be extended to man and society, attract the young Brioschi, inspiring him in the course of his life. Deeply affected by the scientific advances that in those years are occurring in Europe, it is not insensitive even to the Risorgimento issue, becoming a figure active within the anti-Austrian demonstrations and for this reason it is also arrested.

Around 1850 he obtained the chair of applied mathematics and hydraulic architecture at the University of Pavia. This allows Brioschi to concentrate on studying, strengthening its position in the academic and research field in the mathematical field. The willingness to participate actively in political events finds new life in the conviction of being able to work for the political unity of Italy, passing through the scientific activity and the enormous contribution that it could make, looking above all at achieving the positions acquired by the other nations. In 1859 Brioschi, now become rector of the University of Pavia, participates in the preparation of the Casati Law, and under the pressure of Quintino Sella, he holds the role of general secretary at the Ministry of Education. In this new role Brioschi can realize some of his purposes, such as creating and developing schools and technical institutes, trying to direct education in a technical-scientific sense. This clearly did not mean a lower consideration of the humanities sector, but rather the need to organize organically all the sectors that should have characterized Italian identity.

With the seizure of Rome and the establishment of the Kingdom of Italy, Brioschi is appointed councilor of the Lieutenancy for education and culture and can thus take over the reorganization of the school system, also devoting himself to the conditions of Roman university studies, in delay compared to the experiences gained by other European countries. Being among those who most aspire to the transformation of Rome into the capital of science and free research, Brioschi is convinced of the importance of reconstituting those ancient academic institutions, to make them active and modern research centers. For these reasons, in 1874 he proposed to unite the most important academies: the most ancient among those Italian, the Accademia dei Lincei - which at that time was experiencing a revolutionary phase of reconstruction of its structure thanks to the activity of Sella, through the establishment of the class of moral, historical and philological sciences - and the Italian Society of Sciences called the XL, of which Brioschi had become a member in 1860 and president in 1868. A purpose that does not materialize, even when it was re-proposed in 1881.

Not demoralized in his intentions, Brioschi sends to the then president of the Lincei a reminder on the guidelines to kick off the new phase of national life. The publications that, according to his point of view, would have brought Italian scientific culture closer to that of other nations, must trace the experiences gained by the French Comptes Rendus, the English Proceedings, the German Monatsberichte.
After Sella's death, in 1884, the Presidency of the Accademia dei Lincei was entrusted to Brioschi. In full